Even if you are not familiar with the “Uncharted” video game franchise, there’s a lot to like about the film, which stars “Spiderman” actor Tom Holland, along with Mark Wahlberg as Victor Sullivan, Sophia Taylor Ali as Chloe Frazer, Tati Gabrielle as Braddock, and Antonio Banderas as Santiago Moncada. My own experience previous to the film was minimal, having watched friends play through a couple of the games. I still wanted to see the film, however, because it promised to be a fun ride.

“Uncharted” does not disappoint. Apart from being a fun ride as advertised, there was character development, emotional drive, and social commentary, clear enough to discuss and parse out afterward, but not so blatant or poorly done as to distract from the fun.

One of the many things I thought was very well done was the trust and distrust dynamic each character struggled with throughout the film. Although many other movies, particularly romantic comedies, always seem to dismiss or downplay this part of life, it is true that the only person we can rely on completely is oneself. Not that others in our lives won’t try, but we can only put so much on other people. If we want to be better and do better, that work is our responsibility.

While there was a bit of romance in “Uncharted”, the main relationship was between brothers, and there was no “fridging” of female characters to push the male characters into their respective storylines, either. I really loved that the female characters were morally grey, were practically dressed for the most part, and were complete and utter badasses with their own emotional character arcs.

Nathan Drake deals with the loss of his brother, and this grief is what sends him on the journey through “Uncharted” territory with a supposed friend of Sam’s. The story of siblings separated at a young age due to poverty and lack of support is not a new one, but it isn’t really spoken of much – even in films like “Annie” and “Newsies”, the story usually focuses on a single person, and no mention of their biological family makes the screen.

As someone who has been separated from siblings I still miss, this hit me particularly hard. The hope that one day, the sibling will return. That they’re out there somewhere but doing well. Maybe a reunion will happen in the future. And even if it never does, we still miss them. That grief is real, no matter how much time passes. Utilizing this as the backbone for Tom Holland’s character was not only smart, it was poignant.

Though I’m sure others have made comparisons to “Indiana Jones” or even “The Da Vinci Code”, I think “Uncharted” has more emotional depth because of what I’ve written previously, but also because of the emotion surrounding the idea of success, fame, fortune, and what can be done with them. A better life, less anxiety and stress, recognition after being abandoned, etc., are just some of the things that come to mind while watching the treasure hunt unfold. All the characters’ actions are driven by these feelings.

I would like to request more movies like “Uncharted” – I love action/adventure movies but so often there is little to no character development, or it is done poorly, or it focuses on one aspect of a character and never lets us really get to know them. I know I’m not the only one who wishes we had more backstory and understanding of characters in films from franchises like Jurassic Park and Mission: Impossible.

And yes, there are plenty of incredibly fun sequences, including falling out of a plane, exploring underground areas that have been abandoned for hundreds of years, and the discovery of treasure, as well as a great cameo by the voice actor who played Drake in most of the “Uncharted” video game franchise. I would also recommend listening to the soundtrack, as it manages to capture both the exciting adventure aspect and the emotional depth aspect.

If you’re looking for a well-done, incredibly fun adventure film, “Uncharted” is it. There’s clearly room for sequels, which I hope follow the original template, as there is so much more to explore, both treasure-wise and character arc-wise.

You can watch “Uncharted” in theaters now.

Total
3
Shares
Share 3
Tweet 0
Pin it 0
Author
Frankie Reed
Frankie Reed has been writing about culture and entertainment since 2012. A degree in Communications and Diploma in Acting has only furthered Frankie's passion for clear, concise discourse, integrity, and a kind spirit. If you need a safe space in which to tell your story, CultureMass and Frankie are here to listen. 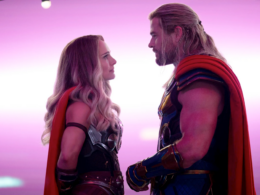 I have long been burnt out on Marvel movies, save for a few. It isn’t because they’re bad…
byFrankie Reed
1 share
1
0
0 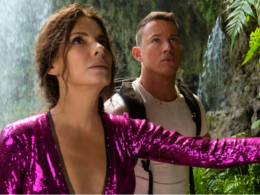 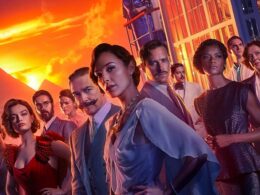