We’ve been watching Neil Patrick Harris since he was Doogie Howser, M.D. While he may have played many funny roles, his turn in “Uncoupled” is perhaps my favorite since Netflix’s “A Series of Unfortunate Events.” Harris said he wanted to be part of “Uncoupled” because he wanted people to see older gay men and talk about the types of relationships we all have with not only our partners and families but also our friends and ourselves.

The premise is that Harris and his boyfriend have been together for almost twenty years. Then, on the day of his boyfriend’s 50th birthday, he receives a text and realizes that his boyfriend has moved out without giving him an explanation. Harris’s journey through the stages of grief follows, all while discovering things about himself and his friends that bring about some healing, hope, and peace to all of them. And yes, there are plenty of laughs.

“Uncoupled” is masterfully written and performed. Harris plays a bitter, grieving partner, a hopeless romantic, a slightly older man confronted by a variety of worldviews and practices that have changed the way things are done, a dutiful (if somewhat put-upon) son, and a friend who needs reassurance that what he’s doing won’t ruin every chance of future happiness.

I’ve been through a few rough breakups that seemingly came out of nowhere. All of them were in queer circles, so although I cannot say that I understand a gay man’s feelings after a long-term relationship break, I know what it’s like to be an older queer person recovering from heartbreak. I’m halfway through my thirties and saying goodbye never gets any easier. It hurts to think people come and go in your life and that you often won’t get closure. People disappear, change, or move on with little thought about how long it will take you to pick up the pieces of your life before you can do the same.

I was living with partners several years ago. I thought things were going really well – we were fixing up the house, finding systems that worked for us, and starting to develop and make something of our passions. Then all of a sudden, they didn’t want me around anymore. It broke me, especially after having lost a partner five years earlier. I didn’t know what to do with myself. I was nearly inconsolable for several months. It was a long time before I could think about them without sobbing or feeling angry at their treatment of me.

Now, however, I see that it was for the best. We were not a good fit for each other. Moving on from that situation led me to where I am now, incredibly happy, fulfilled, and exploring all the world has to offer. That being said, it’s still ok to grieve the end of a relationship, even if it ended on bad terms. Harris’s performance spoke to something I’d rarely seen in straight romantic shows – even through the grief and bitterness; there’s still love there. You’re typically part of a smaller community if you’re queer, and you will often run in the same circles as your partner. How do you balance your grief with the knowledge that your partner might have been a good person who did a bad thing to you once and that you still love them despite the hurt?

I appreciated that each character’s lives were fleshed out beyond the typical two-dimension cut-out in many romantic sitcoms. Harris and his friends deal with other things than romantic relationships – past decisions returning to haunt them, navigating friendships and family relationships, work, and living somewhere expensive but necessary to their passion or lifestyle, etc. I know what it’s like to live somewhere and fear that you’ll run into your ex and how you turn over conversations in your head to prepare for such an occasion.

While the series is only eight episodes long and Netflix has not yet confirmed a season two, I hope that “Uncoupled” gets at least one more season, not only to wrap up the cliffhangers from season one but to explore what happens after the grief has settled. It isn’t something you decide to get over, and it doesn’t happen overnight. But gradually, it becomes easier, and you start to smile, and then one day, you’re ready to begin again.

If you’d like to watch “Uncoupled,” season one is streaming on Netflix.

Frankie Reed
7/10
Total Score
Total
3
Shares
Share 3
Tweet 0
Pin it 0
Author
Frankie Reed
Frankie Reed has been writing about culture and entertainment since 2012. A degree in Communications and Diploma in Acting has only furthered Frankie's passion for clear, concise discourse, integrity, and a kind spirit. If you need a safe space in which to tell your story, CultureMass and Frankie are here to listen. 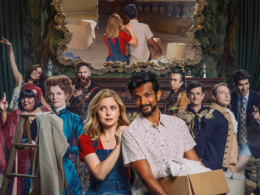 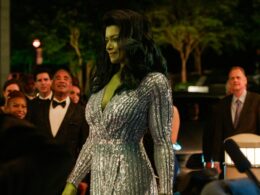 I’ve been seeing plenty of online discussions about the newest Marvel show, and although I’d been feeling a…
byFrankie Reed
1 share
1
0
0 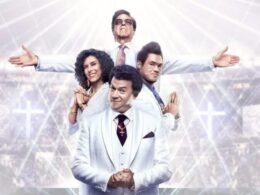 When I heard about The Righteous Gemstones from my brother, I knew I had to add the show…
byFrankie Reed
1 share
1
0
0